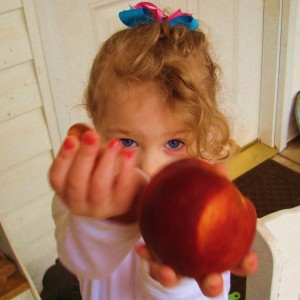 ¡Hola! Let me tell you, not only are these some mouthwatering Mexican dishes, but they are loaded chock full of savings. I’ve got six- yes, count ’em, people- six coupons to go with this delicious budget dinner! I can see a fun Mexican dinner night in my family’s future this week, with this kind of savings to tick off on such a yummalicious menu. Read this twosome of toothsome recipes with a napkin handy to wipe up the drool, and keep it on hand for the salivating over the savings at the end! 🙂

Drool over these dishes, y’all!

Preheat an oven to 400 degrees F (200 degrees C).
Cook the chorizo in a skillet over medium heat, stirring to break it into tiny pieces. Place the raw chicken into the skillet with the chorizo; cook and stir the meats together until the chicken is no longer pink in the center, about 10 minutes.
Spread half of the tortilla chips over the bottom of a casserole dish; top the chips with the cooked chorizo and chicken mixture. Sprinkle the corn evenly over the meats and layer the remaining chips over the top. Whisk together the green enchilada sauce and sour cream in a mixing bowl; pour over the top of the casserole. Top the casserole with the shredded Monterey Jack cheese.
Bake the chilaquiles in the preheated oven until the casserole is bubbly and the chips begin to brown, 15 to 20 minutes.

Grate tomatoes into a bowl using a box grater; discard skins.
Heat vegetable oil in a heavy skillet over medium-high heat and cook onion until translucent, stirring often, about 5 minutes. Stir garlic into onion and cook until fragrant, about a minute.
Stir rice into onion mixture and cook, stirring often, until rice is lightly toasted, about 3 minutes.
Stir grated tomato, chicken broth, and tomato sauce into the rice, bringing the mixture to a boil.
Mix in jalapeno pepper, cilantro, and salt; reduce heat to low. Cover skillet and simmer until rice has absorbed the liquid, about 15 minutes. Do not lift the cover while the rice is cooking.
Turn off heat and let rice stand covered for 8 minutes. Fluff with fork before moving rice to a serving dish.

Now to salivate over the savings!

My family loves Mexican food, but we also love Italian, Chinese, Southern style and all sorts of other ethnicities of food. Variety keeps our palates pleased. What’s your and your family’s favorite kind of food?